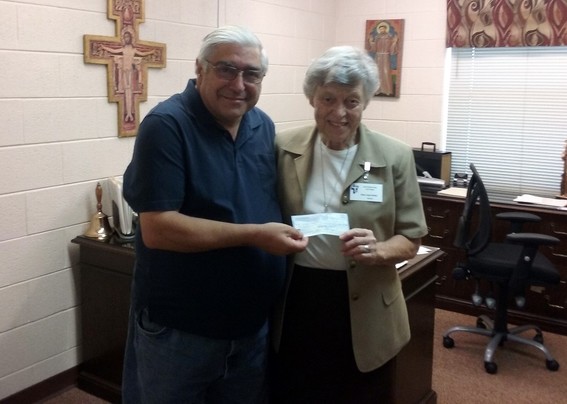 On October 18th, 2016, PGK Richard Capozzoli presented Sister Jane Roddy of Catholic Social Services
with a check for $500.00 from our Council.  Thanks to all for helping to keep this blessing moving forward.

Please join us on a beautiful Saturday for a BBQ! Saturday, September 24th, The Berry Center is hosting a BBQ fundraiser. Small plates will be $10, and will include a BBQ pork sandwich, 2 sides, and a dessert. Large plates will be $50 and will include a full smoked pork roast, 2 family sized sides, and a full dessert. Tickets may be purchased in advance from The Berry Center, located at 3017 Walton Way Ext Augusta, GA 30909. All proceeds will benefit the individuals at the center, as we hope to renovate our grounds and our building.

All boys and girls ages 9-14 are invited to participate in the local level of competition for the 2016 Knights of Columbus Soccer Challenge.  The local competition will be held September 17th from 1 - 3 pm @ the soccer field located directly across the street from the Teen Center on Brainard Avenue.  In the event of inclement weather a rain date is set for September 18th from 1-3 pm on the same field as above.

The Knights of Columbus Soccer Challenge is sponsored annually, with winners progressing through local, district, and state competitions.  International champions are announced by the K of C international headquarters in New Haven, CT, based on scores from the state-level competitions.  All boys and girls 9 to 14-years-old are eligible to participate and will compete in their respective age divisions.  All contestants on the local level are recognized for their participation in the event.  Participants are required to furnish proof of age and written parental consent.  For entry forms or additional information contact: Council #14773, Anthony Capozzoli, 803-474-2998, ajcapozzoli4478@live.com.

Council Knights presented a check to DCN George Foster for more than $1400 for the Good Samaritan Respite Center.  Money was raised during the Knight's state convention from raffle ticket sales. 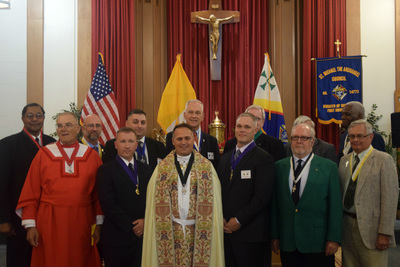 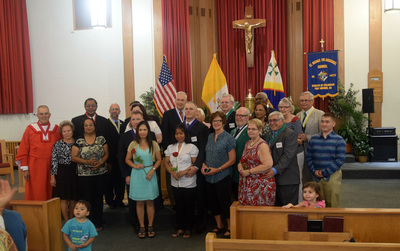 Brothers Provide Assistance
To Those In Need

The Knights of Columbus set a new all-time record last year for charitable donations and service hours with $175,079,192 in donations and more than 73.5 million hours of service. The numbers were announced at the closing session of the annual Organizational Meeting of State Deputies in New Haven.  READ MORE ->

Round Table at Camp Arifjan in Kuwait 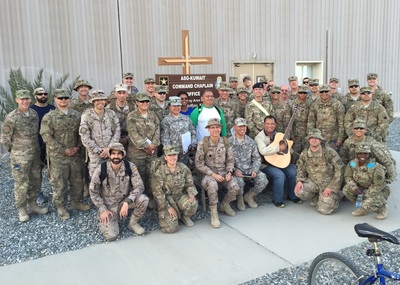 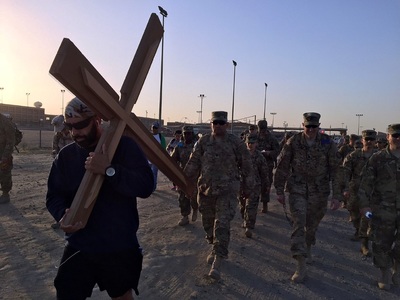 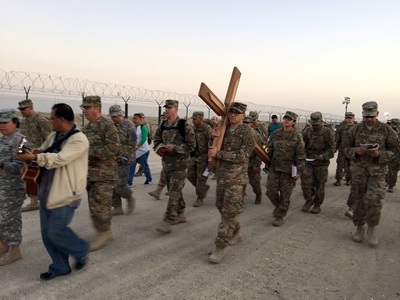 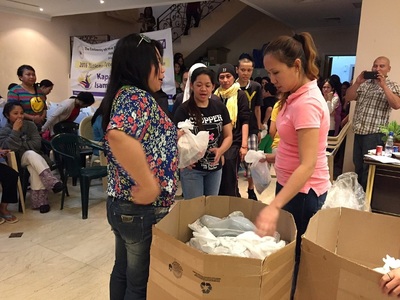 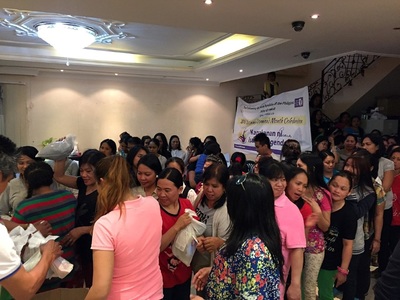 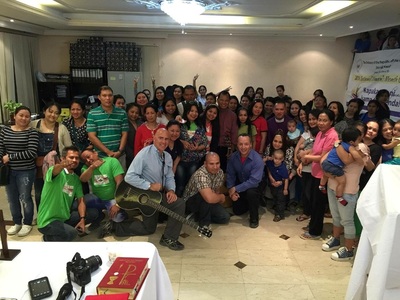 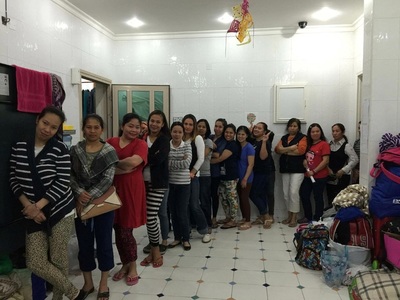 Message from Supreme
Knight Carl A. Anderson
Our Mission to Build the Domestic Church
​and Strengthen Parish Life
​

Knights Participate in Flags For Veterans​

The Sir Knights of Patrick Walsh Assembly 174 and family members for the second year placed "Flags for Veterans" on the 942 Veterans' Grave Markers at the Mount Olive Memorial Gardens Cemetery, 3666 Deans Bridge Rd, Hephzibah, GA 30815 on the 7th of November, 2015.   This reverence is to remind us all of the commitment and sacrifice of those who have given their all for the Freedoms we enjoy as Americans!

Council 6918 Rosary Service to End
"The Evils of Planned Parenthood"

The Knights of Columbus is committed to assisting our Christian brothers and sisters who are suffering in the Middle East. At this year’s Supreme Convention, I announced a “Season of Truth” dedicated to raising awareness of their plight, and the plight of other religious minorities in the region.

The violence in the Middle East has led to many deaths and the greatest refugee crisis since WWII. Over four million people have been displaced. Among the most affected are Iraqi and Syrian Christians, who are the victims of ongoing systematic cleansing and persecution. While the Christian population in Iraq once numbered above a million, violence has reduced that number by more than 65%. This human catastrophe has drawn commentary from Pope Francis, who said this of the persecution:

Today we are dismayed to see how in the Middle East and elsewhere in the world many of our brothers and sisters are persecuted, tortured and killed for their faith in Jesus. In this third world war, waged piecemeal, … a form of genocide is taking place.

As Knights of Columbus we cannot be part of what Pope Francis has called the “complicit silence” of many who hear of these atrocities and do nothing. We must act.

To date, we have donated more than $4 million to relief efforts in Iraq and Syria through the Knights of Columbus Christian Refugee Relief Fund. We have also launched a website and released a commercial to raise awareness of the crisis. However, more assistance is needed, as the response from the international community has been woefully inadequate.

Please go to christiansatrisk.org to learn more about this humanitarian emergency and to make a donation that will provide material assistance to these refugees. Please also consider sharing this message with your family and friends.

As Knights of Columbus, we are called to stand in solidarity with all those Christians around the world who are suffering from violent persecution, offering spiritual and material assistance to these victims of crimes against humanity. Please pray daily for our Christian brothers and sisters—for their perseverance in faith and hope, the improvement of their living conditions, and the restoration of peace in their land.

Thank you in advance for your prayers and support. 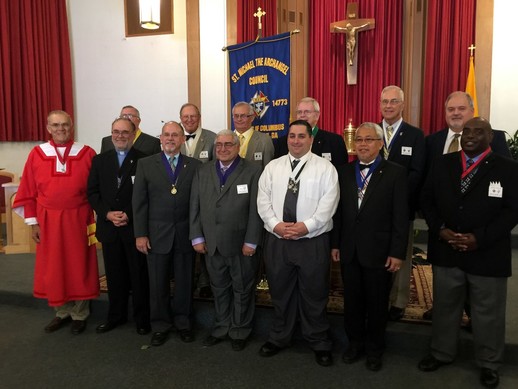