Congratulations to Emani Mayo for winning Third place in the 13 Year Old Girl's Category at the State Final.  This was a tough competition, with a Double Tie Breaker for Second Place and she should be proud of her accomplishment.  We are vey proud of you Emani! 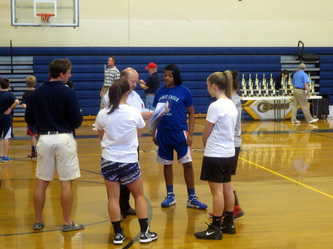 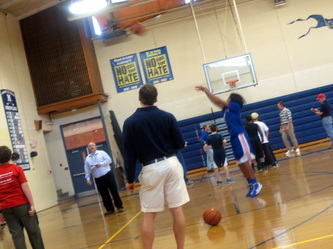 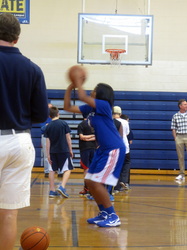 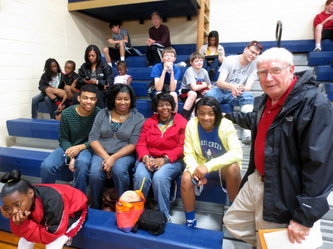 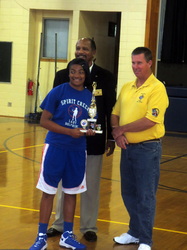 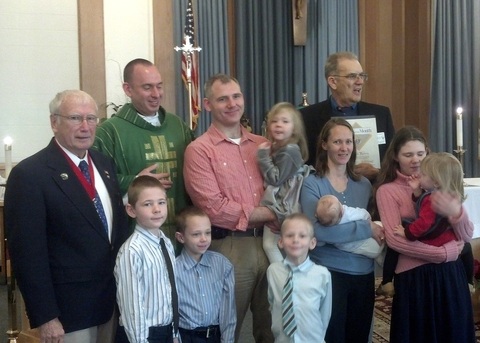 District 24 Deputy Don DeClue presents the Sir Knight Jason and Jessica Burris Family the District Family of the Quarter 1st Quarter 2013, a $40 Gift Card in recognition of their selection 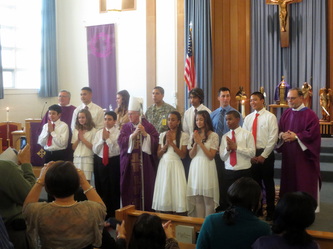 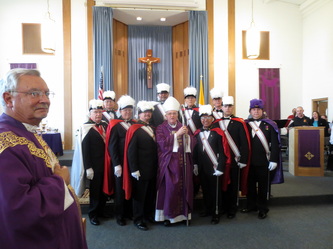 His Holiness, Pope Benedict XVI named Rev. Msgr. Robert J. Coyle, a retired U.S. Navy Chaplain Commander and current Pastor of Corpus Christi Catholic Church in Mineola, N.Y., as Titular Bishop of Zabi and auxiliary bishop for the Archdiocese for the Military Services (AMS). After his episcopal ordination, Rev. Msgr. Coyle, 48, will serve under His Excellency, the Most Reverend Timothy P. Broglio, J.C.D., Archbishop for the Military Services, as Episcopal Vicar for the Eastern Half of the United States.

Archbishop Broglio will ordain Bishop-elect Coyle in a solemn Mass at the Basilica of the National Shrine of the Immaculate Conception on April 25, the Feast of St. Mark. The Archbishop expressed great joy at today’s announcement in Rome and extended Rev. Msgr. Coyle a warm welcome to episcopal service in the AMS

“The Holy Father has again shown his pastoral concern for the faithful of the Archdiocese for the Military Services, USA by naming Msgr. Robert Coyle, titular Bishop-elect of Zabi, to serve this global Church. On behalf of the other Auxiliary Bishops, clergy, staff, and the faithful of the Archdiocese I am grateful to our Holy Father. I also give thanks to Msgr. Coyle who has accepted this new mission and to Bishop Murphy and the faithful of Rockville Centre who have prepared and now given this faithful priest to all of us.”

“Today, I humbly accept the appointment of our Holy Father, Pope Benedict XVI, to serve the people of God as an auxiliary bishop in the Archdiocese for the Military Services. I look toward to assisting Archbishop Timothy Broglio in service to the people of this vast Archdiocese.  Ever grateful for the many members of the military family who have shaped my life over the last 25 years, I especially ask for the intercession of Saint Elizabeth Ann Seton, patroness of the Sea Services. In this Year of Faith, I now set out on a new course in service to Our Lord Jesus and His Church. May we pray for one another.”

Rev. Msgr. Coyle was born September 23, 1964 in Brooklyn, N.Y. His parents, Robert and Kathryn Coyle, currently live in Cold Spring Hills, N.Y. The product of a life-long Catholic education, Rev. Msgr. Coyle graduated from St. Edward Confessor Elementary School, Syosset, N.Y., in 1978; St. Mary's Boys High School, Manhasset, N.Y., in 1982; Fordham University, with a Bachelor of Arts degree in Economics, in 1986; and Immaculate Conception Seminary, Huntington, N.Y., with a Master of Divinity in 1991 and a Master of Arts degree in Theology in 1998. He was ordained a priest on May 25, 1991 for the Diocese of Rockville Centre, N.Y. by Bishop John R. McGann at St. Agnes Cathedral.

Rev. Msgr. Coyle served on Active Duty from 1999 to 2009. He was assigned to the 3rd Marine Division on Okinawa, Japan from 1999 to 2000, during which time he was promoted to Lieutenant Commander and deployed to Southeast Asia as Landing Force Chaplain. During a three year assignment aboard the USS Harry S. TRUMAN (CVN75) Aircraft Carrier from 2000 to 2003, he deployed to the Middle East from 2000-2001 and served in Operation Southern Watch and Operation Iraqi Freedom from 2002 to 2003. Assigned to the U.S. Merchant Marine Academy in Kings Point, N.Y. from 2003 to 2007, Rev. Msgr. Coyle reported first as Assistant Command Chaplain before assuming duties as Command Chaplain.

In April of 2005, Rev. Msgr. Coyle was promoted to the rank of Commander, U.S. Navy. From 2007 to 2009, he served on the USS Dwight D. EISENHOWER (CVN69) Aircraft Carrier and deployed to the Middle East in 2009 for Operation Enduring Freedom.

In August of 2009, Rev. Msgr. Coyle separated from Active Duty, returned to Reserve status and began his current ministry as Pastor of Corpus Christi Parish in Mineola, N.Y. In 2008, he was named by Pope Benedict XVI a Chaplain to His Holiness, a recognition that carries the honorary title, “Monsignor.” Rev. Msgr. Coyle is a 4th Degree Knight of Columbus.