The Knights of Columbus of Augusta GA are conducting a Fund Raiser to raise $20,000 for our half of a new Ultrasound Machine at Pregnant Choices.  The other half will be provided by the Supreme Council.  The Knights  provided one about 3-4 years ago and it has saved 178 lives.  This will be a second machine in an additional room.  pregnantchoices.com
Contribute Now

​972 Flags were placed by Knights and Family members of Assembly 174, St. Michael The Archangel Council 14773, Patrick Walsh Council 677 and members of the Catholic Community of St. Michael's, Ft. Gordon. A HUGE thank you to one and all who participated!  It is wonderful to see family members present to recognize our Veterans. 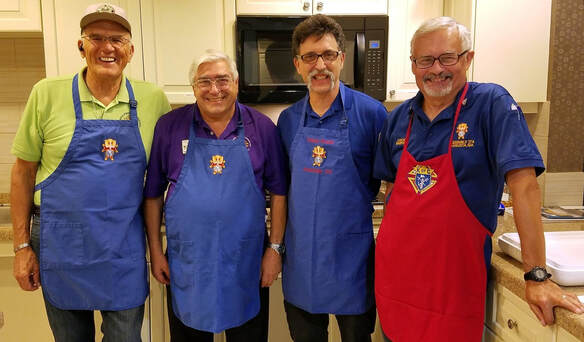 Patrick Walsh Assembly Sir Knights provided a Spaghetti Diner to the 15 plus Residents of the VA Fisher House
​on 26 September, which is the birthday of Zachery Fisher Founder of the National Fisher House program.

Brothers of Knights of Columbus Council 14773 recently collected money for
​People with Intellectual Disabilities at the Fort Gordon Commissary.

You are cordially invited to the 11th Annual SOUTHERN EVENING FOR LIFE Pro-Life Banquet, on
​Saturday, August 18, 2018, 6:00 PM, at the Aquinas High School Dining Hall, 1920 Highland Avenue, in Augusta, Georgia.
Our Guest Speaker will be Rebecca Kiessling, Founder of the national pro-life organization “Save the 1″, who will speak on
“No Exceptions, No Compromise: The Personhood Approach to Changing Hearts and Minds” .
A Southern Menu of Low Country Boil, and Tuscan Chicken with all the fixin’s
will be served and there will be Southern Music by Eryn Eubanks.
Please come and join us for an uplifting evening of Pro-Life education, fun, and entertainment!
Tickets are $50 each; Table reservations for eight are $400; and Sponsorship Tables are $500.
Business Cards in the event program are $35 or two for $50.
Please contact George Vozniak at 706-726-1269, GVozniak@aol.com, Tom Harrington, 706-993-8798, tmharrington87@gmail.com,
or Maura Jabaley at 706-564-1743, Maurab@bellsouth.net, for tickets or to donate.
Sponsored by the Greater Augusta Chapter of Georgia Right to Life. All proceeds will be used to support Pro-life activities in the CSRA.

Is Everyone Basically Good?  Will Almost Everyone Go to Heaven? 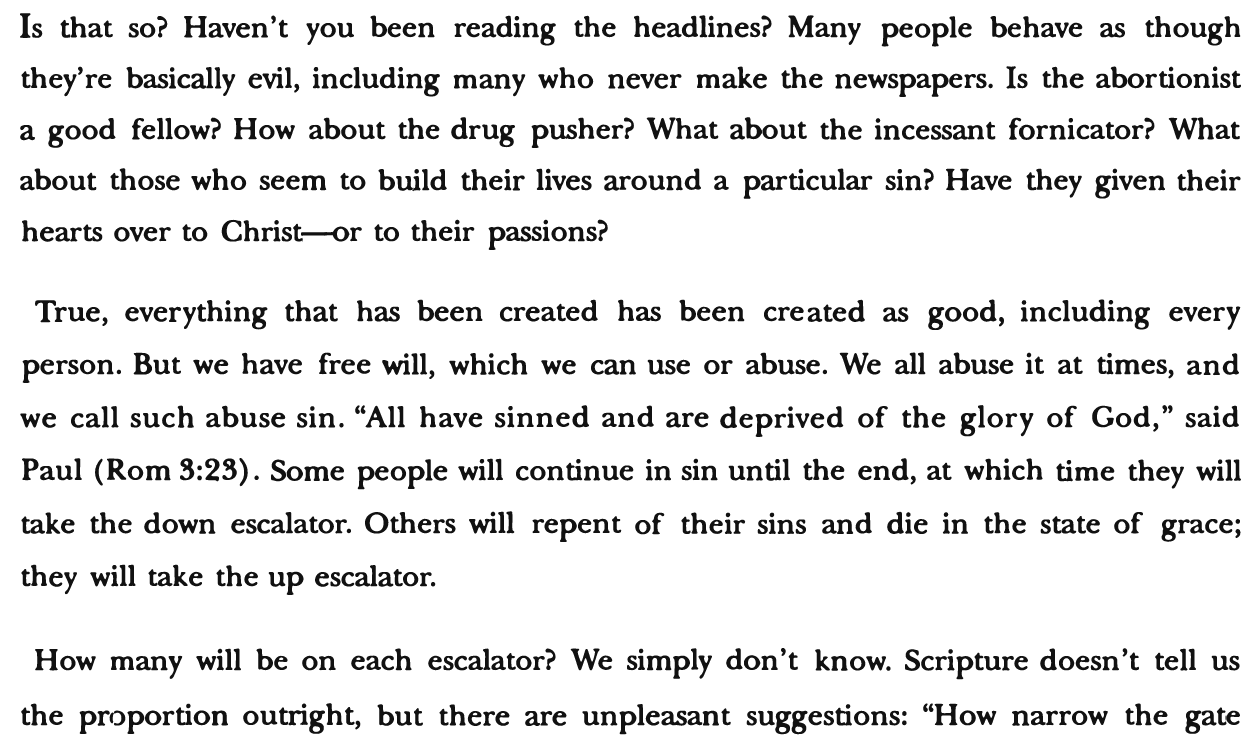 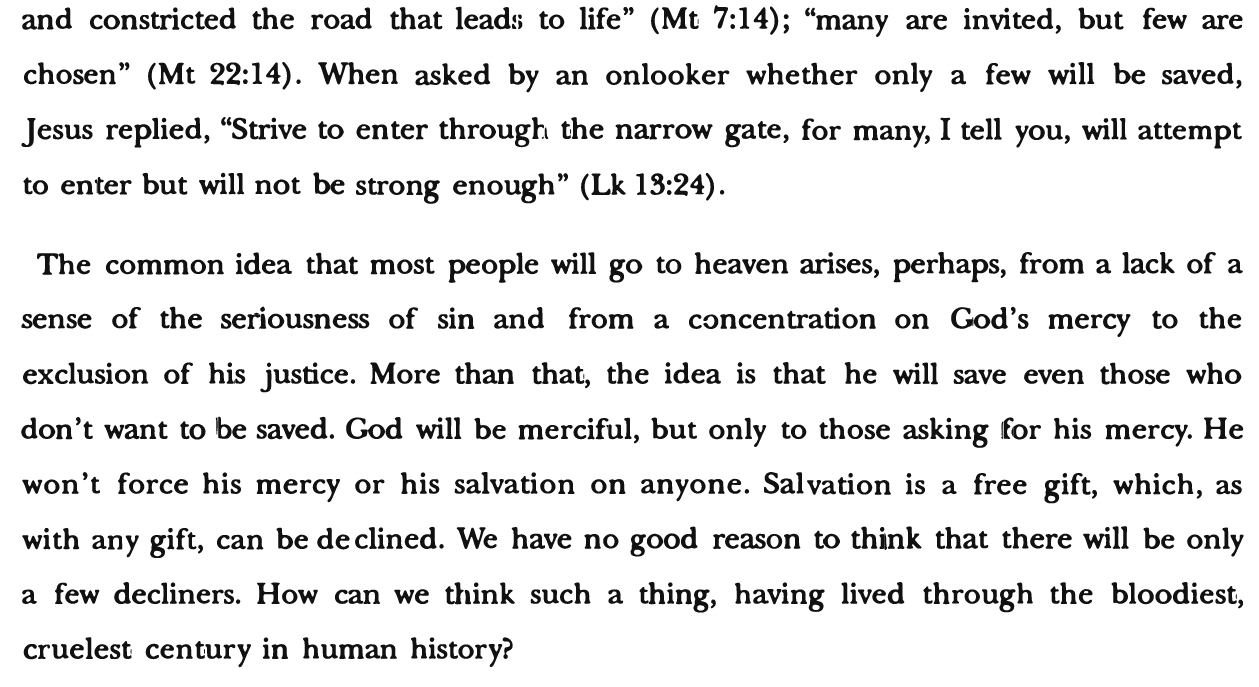 Do The Gospels Contain Lots of Inconsistencies?
What do you mean by "inconsistencies"? Outright contradictions? There aren't any. Passages that seem to be saying different things? There are some, but they can be harmonized-that is, they can be read together to make a sensible account. Consider the incident in which Jesus heals two blind men outside Jericho. In Matthew 20:29-34 the men are unnamed and are healed as Jesus leaves the city. In Mark 10:46-52 only one blind man, Bartimaeus, is mentioned, and he is healed as Jesus leaves the city. In Luke 18:35-43 only one blind man is mentioned, but he is not named, and he seems to be healed as Jesus enters the city, not as he leaves it. Certainly all these passages refer to the same incident, so how can the two apparent inconsistencies (one man versus two, entering the city versus leaving it) be reconciled? Here is one way: Bartimaeus called out to Jesus as he and the crowd entered Jericho, but in the commotion Bartimaeus was not heard. By the time Jesus left the city, Bartimaeus had been joined by another blind man. Only Bartimaeus' name is recorded, perhaps because of his persistence, perhaps because he later became well known in the Christian community. Bartimaeus calls out again and this time is heard because the crowd is now subdued. Jesus cures him and the other man. Here is another apparent inconsistency. In Matthew 20:20-21 the mother of James and John approached Jesus and asked that her sons might sit at his right and left when he came into his kingdom. In Mark 10:35-37 James and John themselves made the request. Which evangelist are we to believe? Both. There is no inconsistency. The mother of James and John first approached Jesus, paving the way for her sons to come later and second the request. We see something similar in 1 Kings 1:11-21. Nathan first had Solomon's mother, Bathsheba, approach the aged King David with the news that Adonijah was seizing power. Then Nathan himself went to the King with the same information. Now consider you're taking a vacation. You go to Hawaii and on the way home stop at the Grand Canyon. You tell one friend, "On my vacation I went to Hawaii." You tell another, "On my vacation I visited the Grand Canyon." If the friends compare notes, they'll find an apparent inconsistency. consistency. Surely they'll conclude, "Well, he must have gone to both places. After all, going to one doesn't exclude going to the other." So it is with the Gospel stories. We find what appear to be inconsistencies, but they appear pear such only because the Gospels are themselves fragmentary accounts of Christ's life, each account including different fragments. All right, but the Old Testament has lots of contradictions and people have known that for at least a century. The very first thing you need to understand about the Bible is that it is not just one single book. It is a collection of books, composed by dozens of people living
​Taken from "What Catholics Really Believe-Setting the Record Straight", Karl Keating, 1992 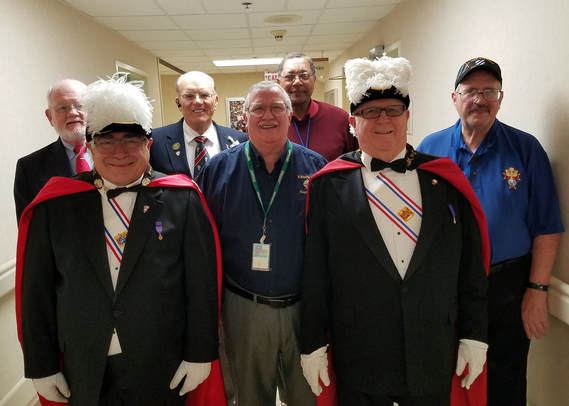 Once a month, our Knights pass out bananas, orange juice, donuts, coffee, water, and sugar free cookies to patients and staff. 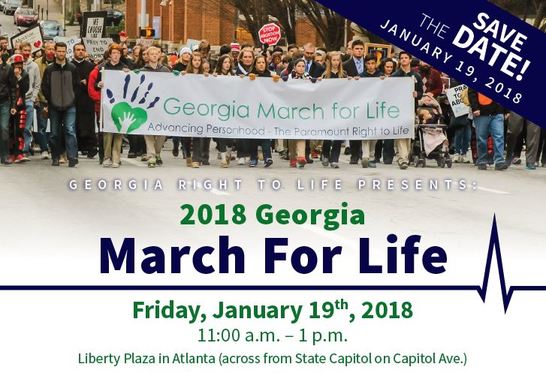 Join other pro-life Georgians at the 2018 Georgia March for Life as we come together for a Memorial Service and silent march at Liberty Plaza in Atlanta on Friday January 19, 2018. (Liberty Plaza is located across the street from the State Capitol on Capitol Avenue.) Prayer Gathering at 11 AM, Silent March at 1 PM.

Please come and stand for life at the Roe v. Wade Memorial Gathering in Augusta on Saturday, January 20, 2018, from 1 to 2 PM, in front of the Preferred Woman’s Health Abortion Mill, 2903 Professional Parkway, Augusta, GA (near the corner of Davis Road and Pleasant Home Road)

Please contact George Vozniak at 706-726-1269, or Gary Garner at 706-877-8085 if you need more information.
Sponsored by the Greater Augusta Chapter of Georgia Right to Life and the Alleluia Christian Community

The church teaches that as long as Catholics go to Mass and confess any serious sin, they will go to heaven?
It isn't enough to believe the Catholic faith - you also have to live it. In fact, how you live demonstrates what you believe. If you have what is termed "saving faith," it will manifest itself in a holy, obedient life. If your faith is nothing more than a list of propositions to which you give mental assent, you have only intellectual faith, the kind James says is insufficient for salvation (James 2:24). Notice that Paul calls real Christian faith "the obedience of faith" (Rom 1:5, 16:26). It's a faith which manifests itself in proper acts. If you deliberately skip Mass, you are disobedient to legitimate Church authority, which commands weekly attendance, and you renege on your chief obligation as a creature: worship of your Creator. If you don't confess serious (mortal) sins, you are not really sorry for them. After all, if you really are sorry for your sins, you will humble yourself by confessing them in the way God has ordained, though sacramental confession (John 20:22-23). If you refuse to confess your serious sin, you have only a pretended sorrow and remain grace-less. Without grace, you can't go to heaven. Don't look at attending Mass or confessing sins as just two of many different things you need to do to be counted as saved. Salvation isn't a matter of accumulating brownie points. Some Catholics think God weighs their lives in a scale. If their good deeds outweigh their bad deeds, they go to heaven. This is incorrect. Someone might live a totally immoral life, repent just before dying, and then be saved, even though the evil deeds of a lifetime "outweigh" the single good deed of repentance. Someone else might live a nearly sinless life, and then, in the last hour, sin mortally and die unrepentant. A lifetime of good deeds will not make up for final impenitence. Then why bother to be good? Because we are creatures of habit. If we are in the habit of doing good, we likely will continue to do good and stay out of sin. If we are in the habit of doing evil, we likely will continue to do evil and will die in a sinful, unrepentant state. Sin even affects our intellects. The more we sin, the less clearly we think. If we think badly, we act badly. It's the most vicious of circles. If we live virtuously, we think more clearly because grace helps elevate the mind. Our good thinking leads to good living.
​Taken from "What Catholics Really Believe-Setting the Record Straight", Karl Keating, 1992